Łódź, the city of great factories and grand tenement houses

Walking through the streets of Łódź is a time-travel experience. There is no similar city in Poland, which would have such a vast number of tenement houses. It is estimated that there are around 8 thousand of them in Łódź. Some could even rival ones located in Paris or Vienna! We can find here examples of various architectural styles, including Neo-Renaissance, eclectic or Art Nouveau. Careful eyes will be able to appreciate numerous decorations on them, which are characterised by outstanding, small details. 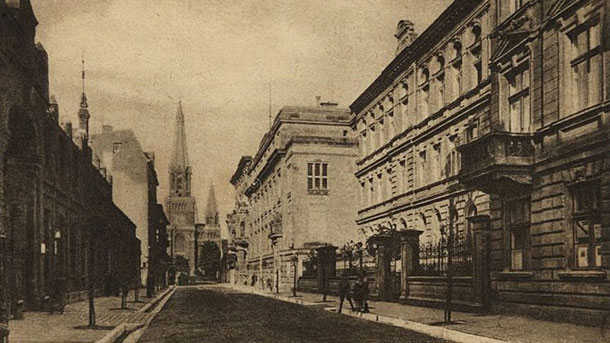 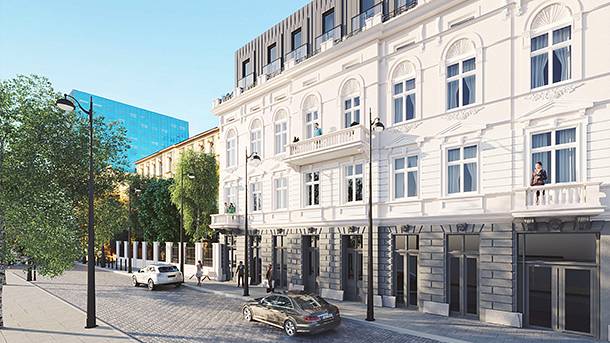 Despite Łódź getting its city rights as early as 1423, it was not until the 19th century when the growth accelerated rapidly. It happened as the city was classified as an area with great potential and favourable conditions for industrial development. It shaped the growth plan of the city for year to come – numerous industrial plants were established (initially small weaving workshops, and with time manufactories and large factories), which were adjacent to the residential buildings. Today, we can admire the testimony of these times in form of buildings, including plentiful tenement houses.

The tenement house near Roosevelta 9 Street was built in the quarter of Sienkiewicza, Piłsudskiego, Piotrkowska and Roosevelta Streets. It is a three-story, brick, residential and office building with an attic. Together with the outbuilding on the eastern border of the property, it forms the shape of the letter "L".

It all started in 1891, when Gustaw Berlach commissioned the project to Stefan Lemene, who then prepared a plan for the residential house.

It was a two-story building with an attic, which was accessible from the west side. At the same time, a laundry building and toilets were built in the south-eastern corner of the estate. 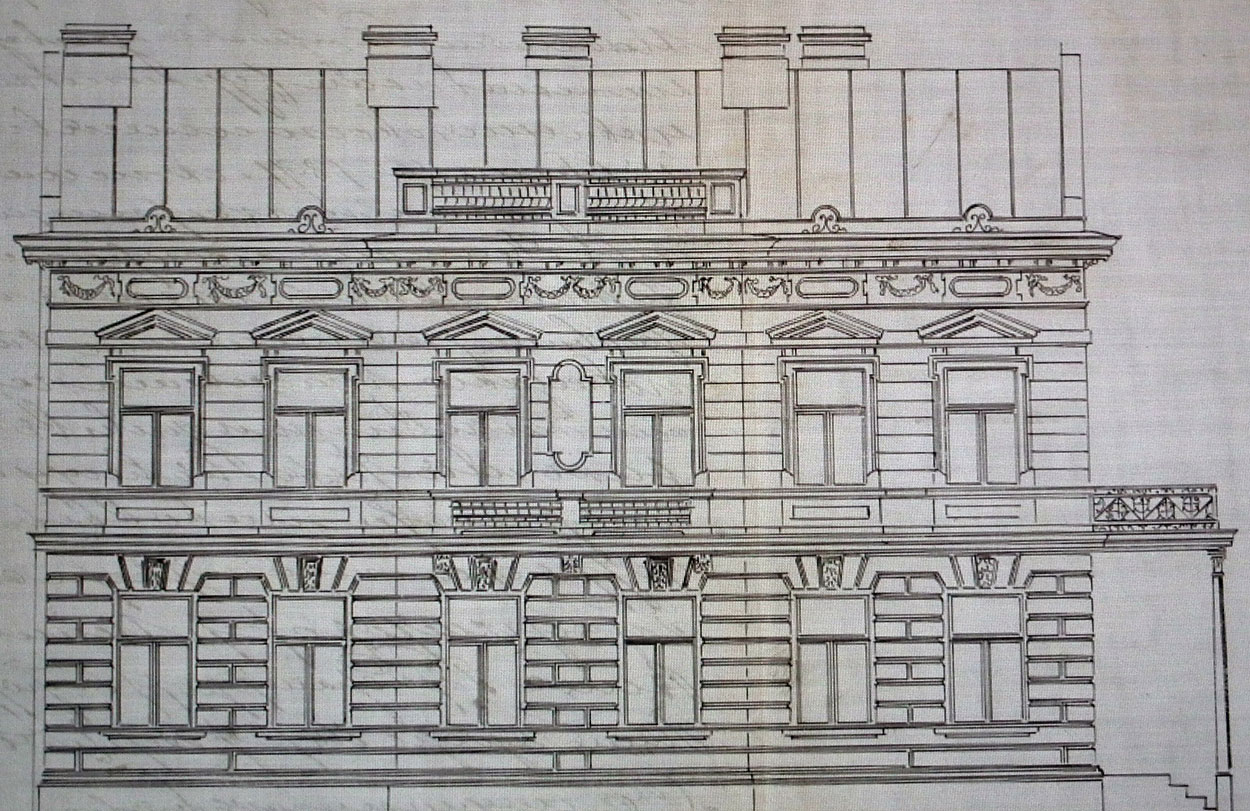 Following reconstruction was done on the basis of the project by Ignacy Stebeleski, who submitted it in year 1900 to the authorities of the city. According to the plan, the tenement house was raised by one floor, as well as symmetrically extended with a gate opening in the western part and with a residential part on the eastern side. 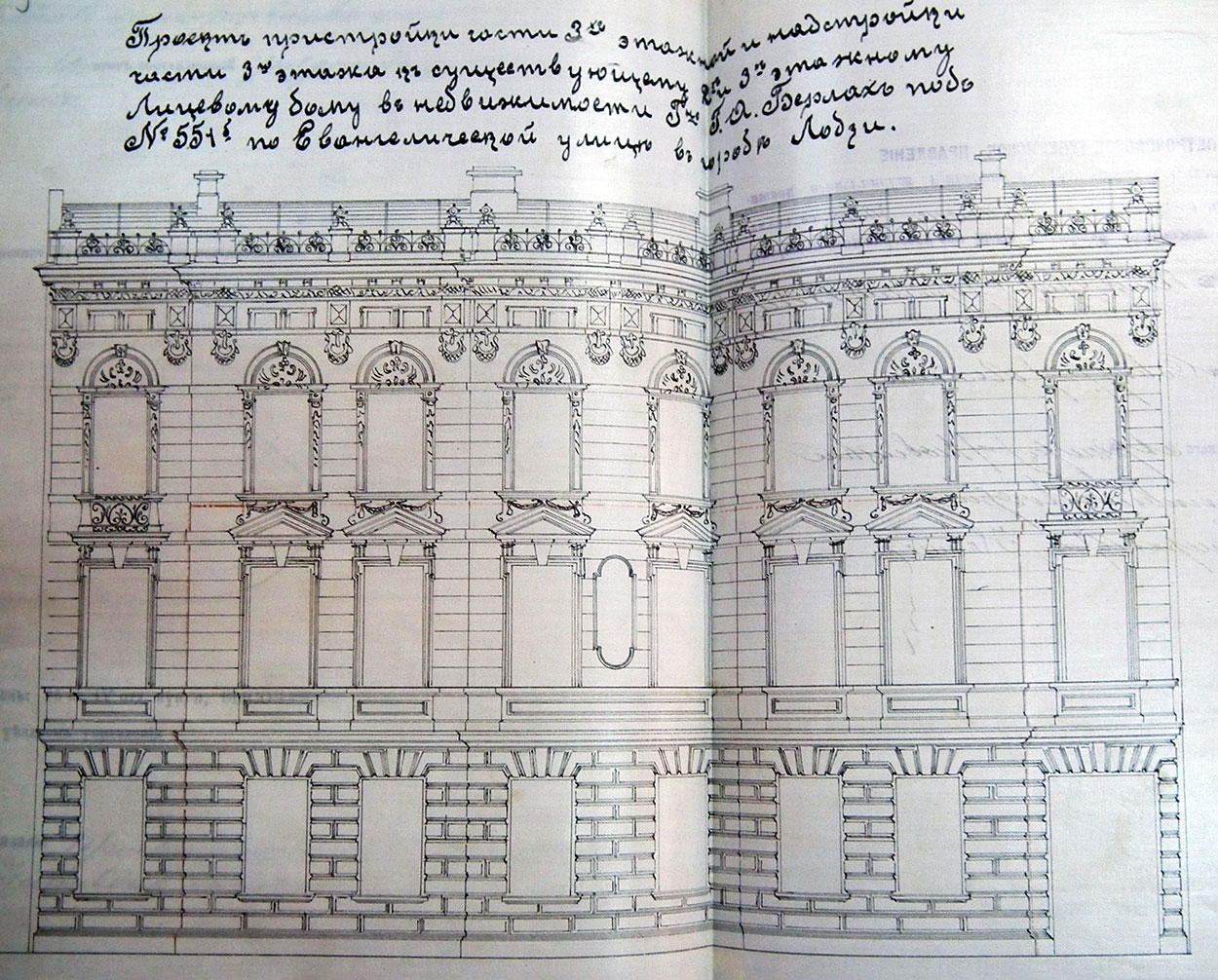 Between 1900 and 1923 the eastern part of the tenement house was lengthened, giving the building a characteristic L-shape. It is quite possible, that it took place as a part of an enlargement based on the 1900 project, but there is no certainty, because the archival documents proving the replacement project have not been preserved. Documents from 1923 concerning the construction of a warehouse building with a basement in the southern border of the plot show an outbuilding, cells with a toilet and a shed on the floor plan.

In 1959, a construction inventory was made for the purposes of adapting the attic rooms for apartments. The site plan shows that the warehouse building has been built and is still on the premise, as are the cells with a toilet.

Construction inventory from 1959 shows the appearance of the buildings’ façade: 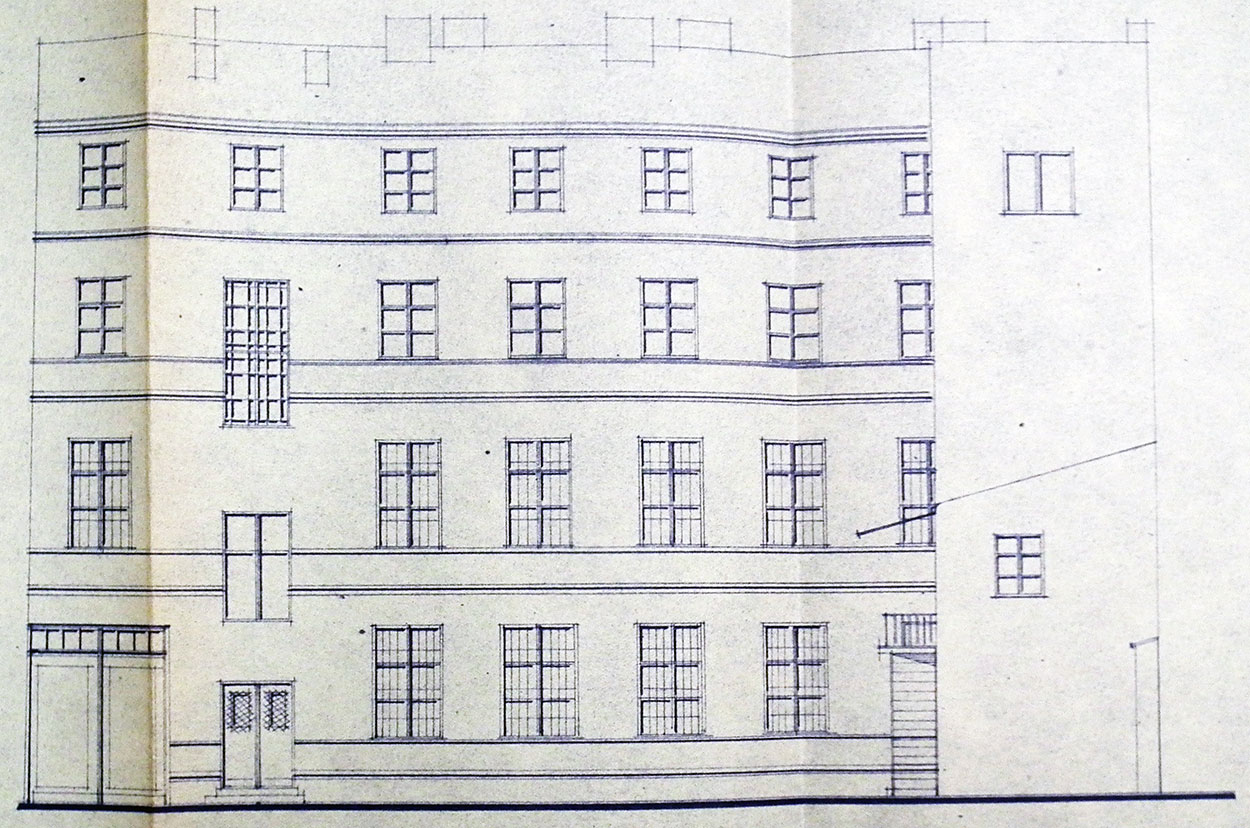 Between 1959 and 2017, the warehouse and the cellar building with a toilet were tear down. The front elevation lost its original appearance due to the breaking of some architectural details. The yard is paved with cobblestones, leaving only a narrow strip of greenery around the southern wall. 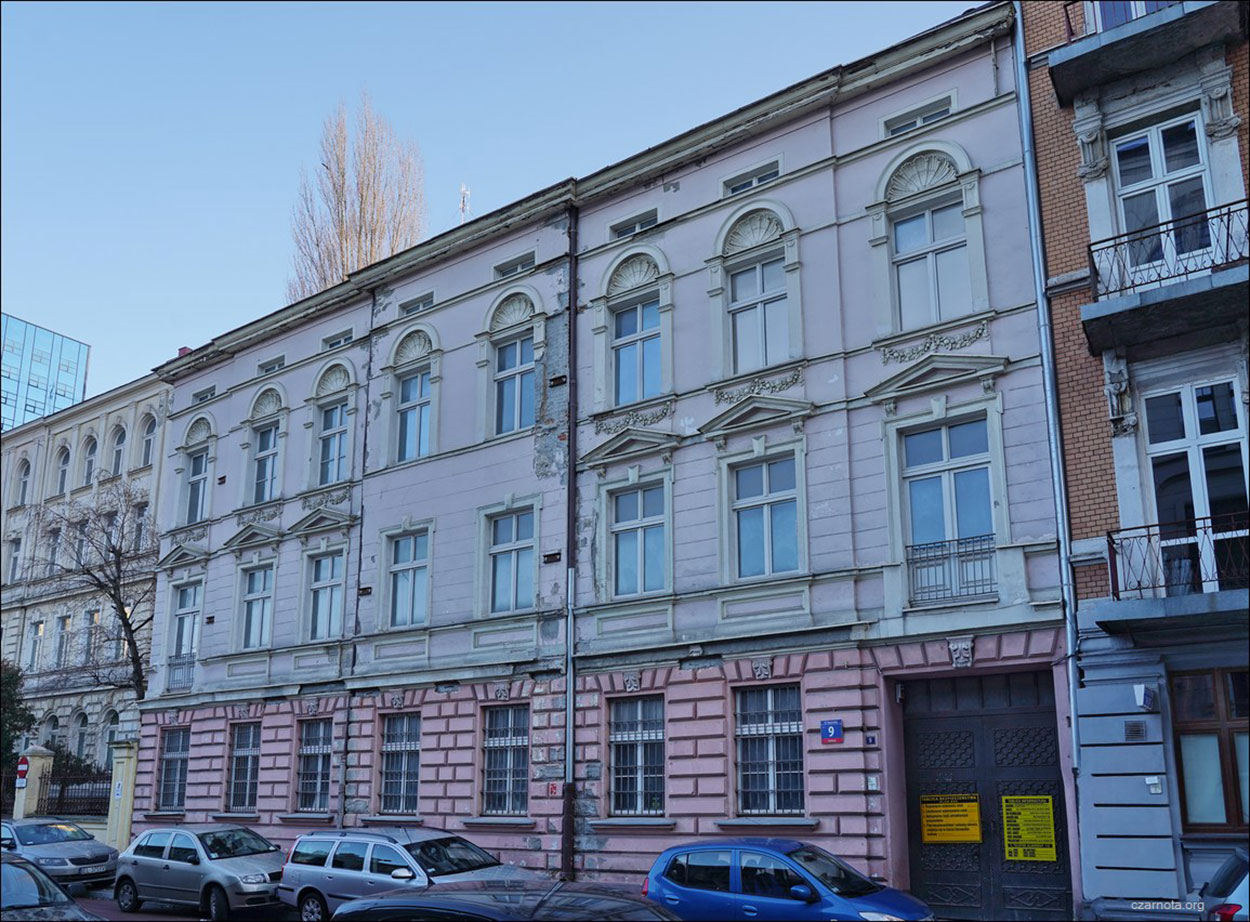 CloseOur website uses cookie files (cookies) for statistical, advertising and functional purposes. Thanks to them, we can customise the site to your needs. The cookies can be disabled in the browser for no information to be collected.